Kelowna Cycle is the oldest and wisest bike shop located in the heart of the Mission area of Kelowna, British Columbia, Canada. As a bike store it has been a pillar of the community for decades. The shop has witnessed many of great eras of modern cycling ranging from the grand cruisers of the fifties, the banana seat Mustangs from CCM, the advent of the BMX, and, of course, the mountain bike. Kelowna Cycle Repair shop was originally located at  255 Lawrence Avenue. The store was built and opened in 1948 and started promoting itself in the Daily Courier as a sales, rental and repair business. During the colder months Kelowna Cycle promoted winter activities and promoted " Kelowna cycle for all your hockey requirements and hockey equipment " (being a stone's throw away from the arena, it only made sense to sell and sharpen skates). In 1952 Kelowna Cycle moved up the road on Lawerence Avenue and was owned and operated by Mr A Van Dyk, and then in 1970 by a Mr E Hollindsworth. Kelowna Cycle moved to Doyle Avenue in 1971, while The Van den Elzen family purchased the business  and opened another store in 1986 at it's current location on Pandosy. The old store on Doyle closed in 1990 and still today Tucked in the "Pandosy Village" Kelowna Cycle is an integral part of the community and truly is the epitome of a neighborhood bike shop. 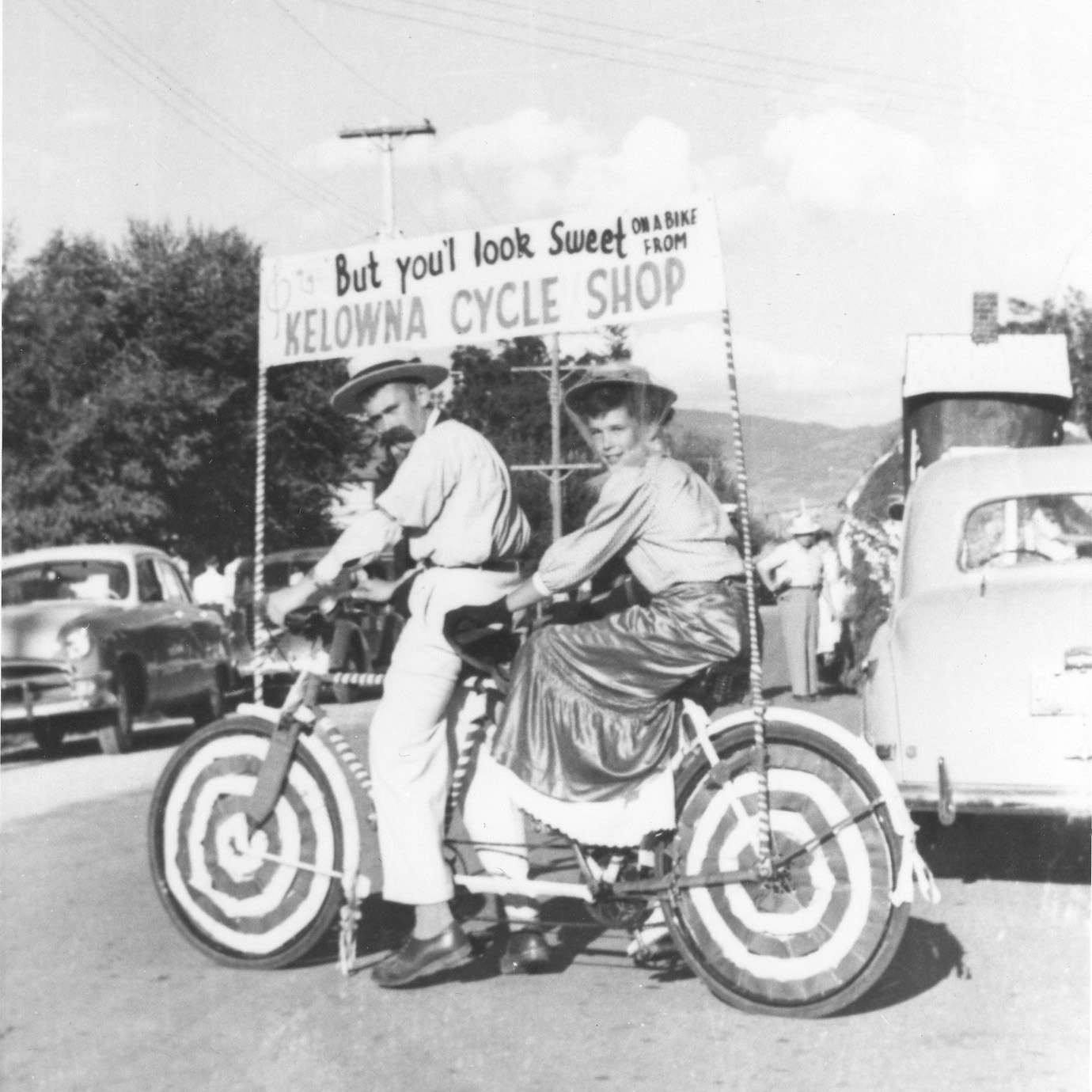 Bicycle made for two

John Ladd and Jim Pollard on a decorated Bicycle from Kelowna Cycle 1956 ? Courtesy of Kelowna Museum. 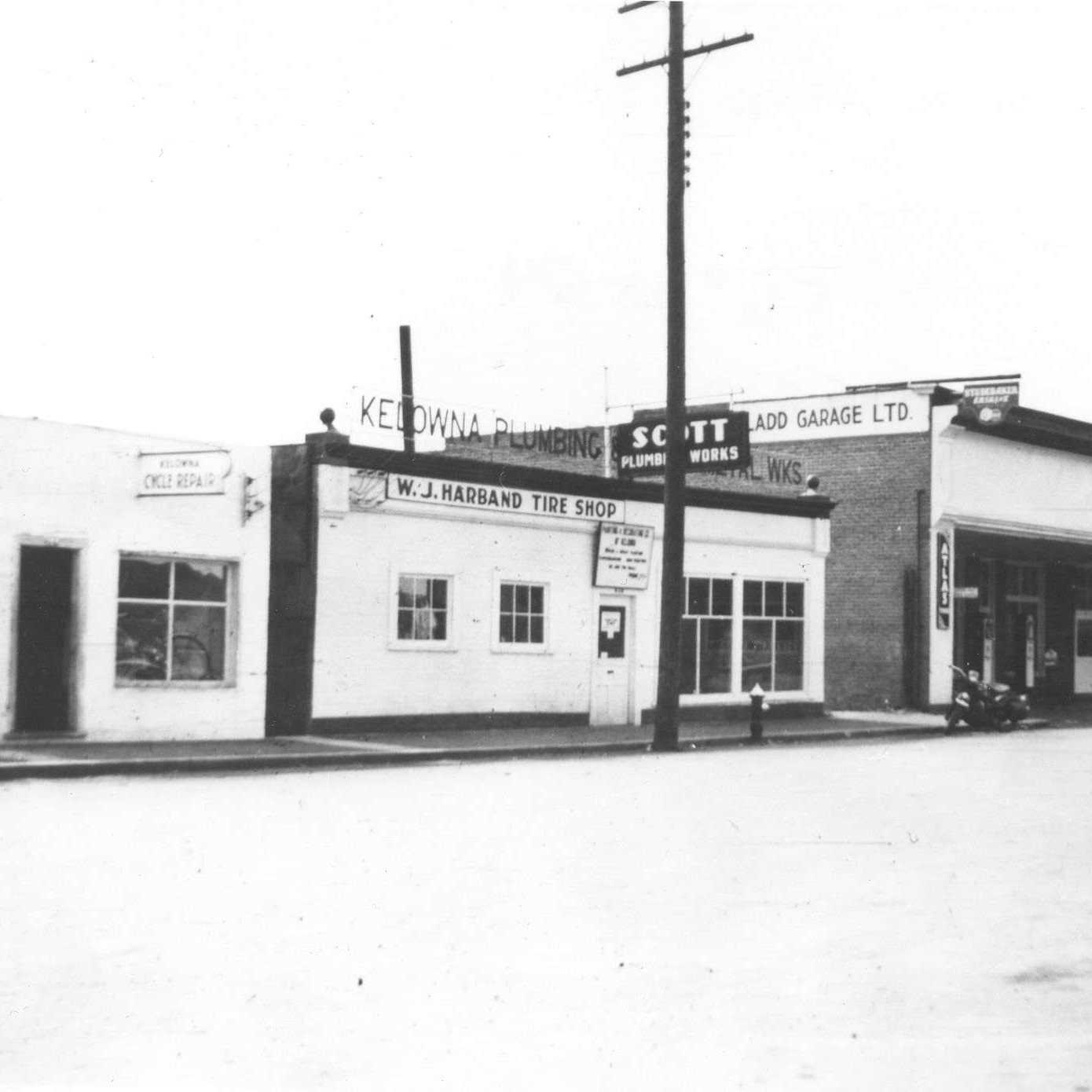 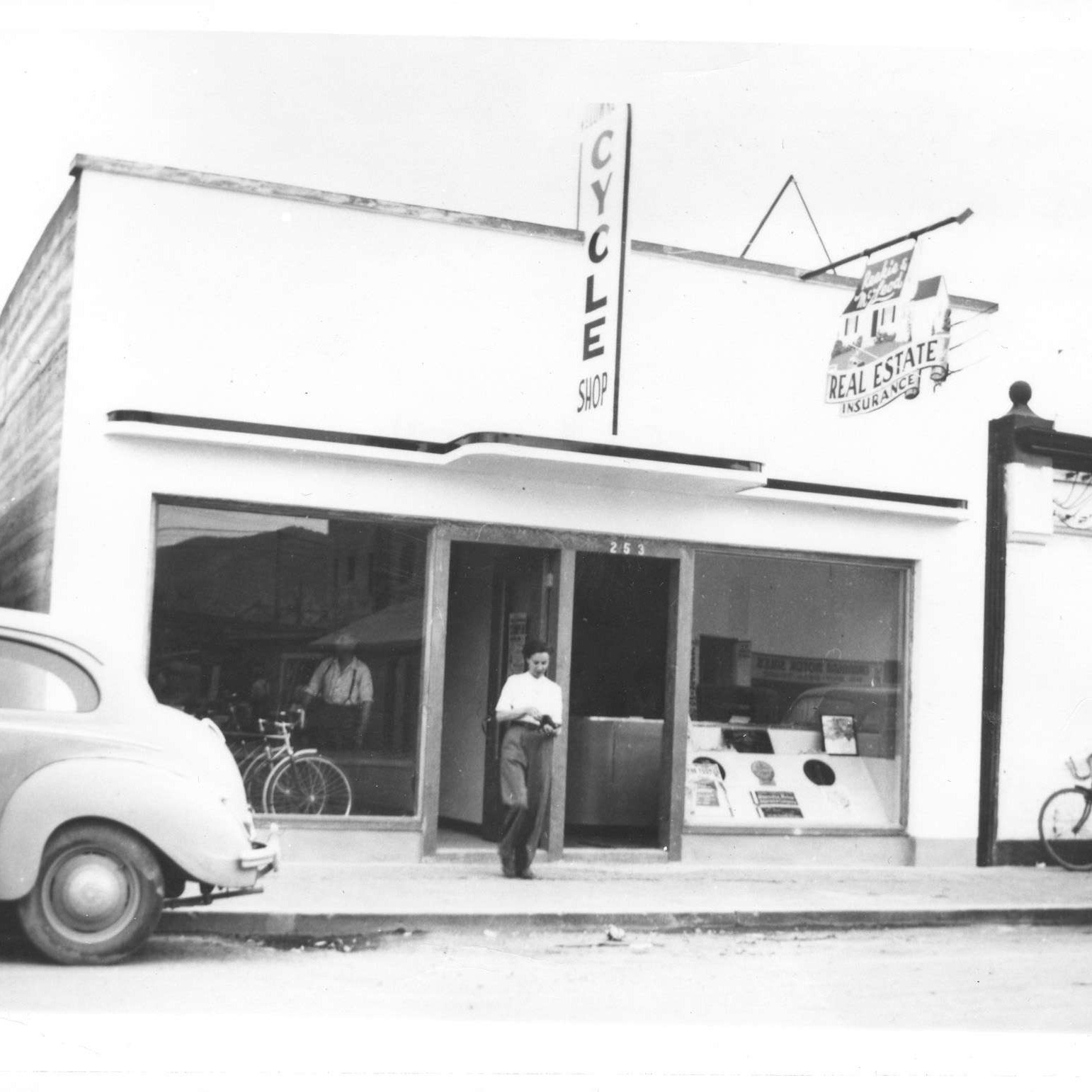 Moving up in Kelowna 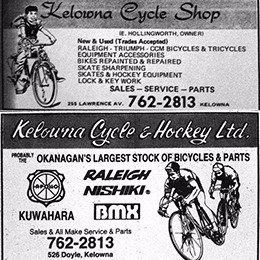